A Week Off the Boat 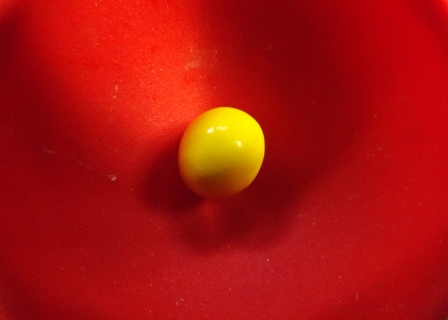 We just returned from being inland since Monday. It was just the second time in twenty-one months for me to be inland away from salt water. The beds do not rock, the bedroom has no squeaking docks or clanging halyards. No breezy walk on the dock to the clubhouse to feed Scout or take a shower or, well you know... No stunning sunsets or deeply still and foggy mornings. No long range views over water. No migrating wildfowl or dolphins sighing up the creek or loons with their haunting whistle. 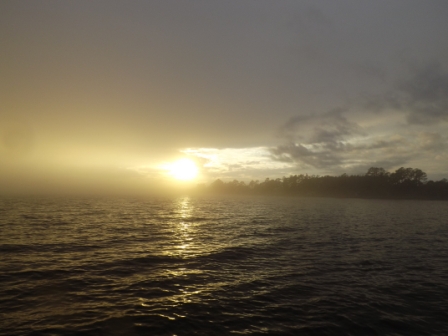 But inland has people, people in cars, dumb people in cars, dumb and reckless people driving cars. It scares the bejeebers out of me half the time. Then again, there are stores where you can get anything. There are TVs with shows that can bore or depress you beyond belief. As I reflect on our trip, I am struck by how different is our little world here on the river in a small village that can be circumnavigated in about fifteen minutes at a slow walk.

We saw friends that we have not seen in more than a year (closer to two for me). We talked with people and with strangers about topics not common where we live. Not better, just not common. Visited a small art museum that displayed work by Rauschenburg, Matisse, Picasso, Manet, Warhol, deKooning and many more. Like a breath of open air for me. I am particularly moved when I see drawings by masters that are simple continuous lines, strong and sure. 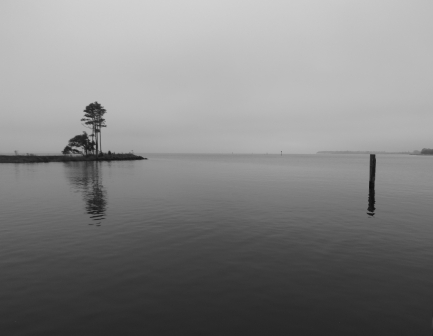 Friday was another long drive along interstates and four lanes eastward. The low pressure off our coast that is feeding the winter storm Nero has moved north. Nero meanwhile is sucking the moisture out of the low and pounding the northeast with heavy snows and wind. We stopped in my old hometown to pick up our dog who had stayed with my sister. We ate at Lovick's, a downtown diner that opened in 1941.

For the first time in forty years, I ate one of their signature doughburgers. During the gasoline shortage of the early 1970s, I worked at a gas station (doing what?). After the predawn queue had sipped its rationed share of petrol, we took a break for breakfast (makes sense, huh). Most of us got a doughburger from Lovick's. Flour mixed with meat, onions and some secret spices. Deep fried and served on fresh white bread with topping of choice. I always had mustard. Plain yellow American mustard. Just right with the crunchy, slightly seasoned doughburger on untoasted white bread. Yummmm. Remembrance of things past usually exceeds our attempts to revisit and re-experience our past. Not true this time. 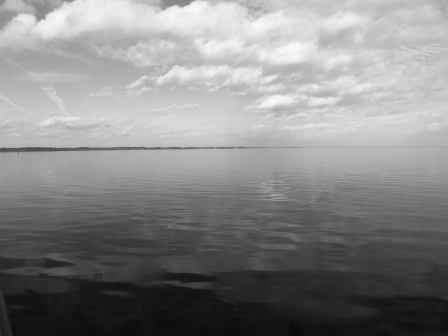 On our way out of town, we planned to visit the new CSS Ram Neuse Museum with the relocated remnants of the Civil War hull as recovered from the Neuse River some fifty years ago. We pulled into the parking lot behind the new site, but there were no signs to indicate that that was where we should park. We parked anyway. Then we walked to the front door which had no signage to indicate it was the entry to the Museum, but it was unlocked, so we entered. Ahead was a completely refurbished lobby, entirely empty. Again, the door was unlocked so we proceeded.

The Ram Neuse was a Confederate armored ship built more than thirty miles from the open waters of the coast. It was sheathed in steel plates over an inch thick. Given time, the boat could have been floated all the way to the open waters of the Neuse River at New Bern. But the Yankee army was closing in. So, the crew hurried to get the ship to New Bern and soon ran aground in the upper river. With the Yankees pressing forward, the Confederates knew they could not allow the capture of an armored boat, so they burned it to the waterline. See http://www.nchistoricsites.org/neuse/neuse.htm

At the top of the ramp to our right were three doors behind which I guessed the burned hull was housed. I twisted the handle, and the door opened. There, lit from the floor by spotlights, rested the hull of the CSS Ram Neuse, its original superstructure outlined in a white frame.  No one around. No voices. We patrolled the hull for several minutes, savoring the solitude. Then we adjourned to the lobby and spied outside two sheriff's patrol cars. Uh-oh. We strolled out of the building as if we worked there. Really?

We enjoyed our time away in the ways you would expect. Family first and foremost. The inconvenient realities were a pittance, but I am glad to be back in a world where the air moves, the water sings and things go bump in the night while we roll and squeak and hum and slap. 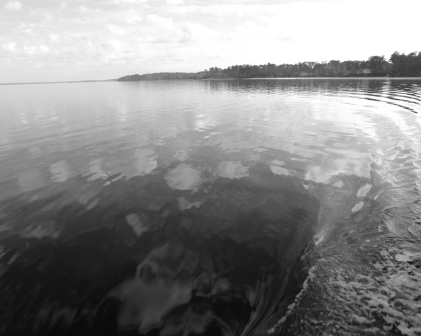