As a followup to one of the most popular posts, Beauty and Beasts, this is another photographic stroll through the Belhaven Memorial Museum, mostly the collection of an eccentric local woman. Mrs Eva Way (nee Blount), despite her pedigree (descendant of William Blount who signed the US Constitution for North Carolina), had some odd interests. Apparently she would collect anything, to wit: Toe Nails and Tonsils. Her interests seem to have been unlimited. Farm implements, a wooden wheelchair, nautical eclectica, coconut heads and license plates. 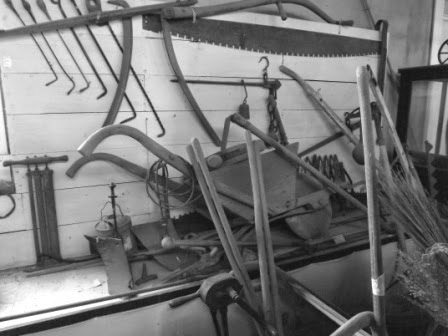 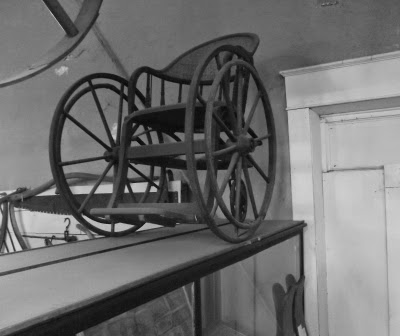 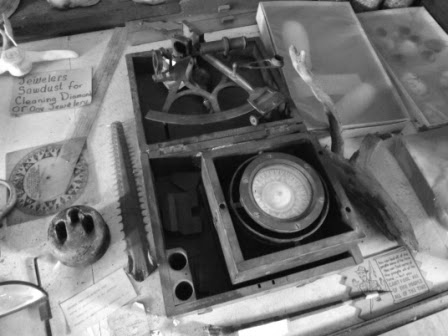 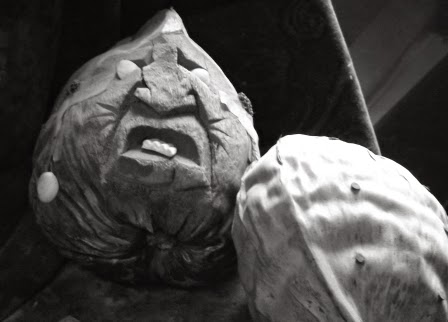 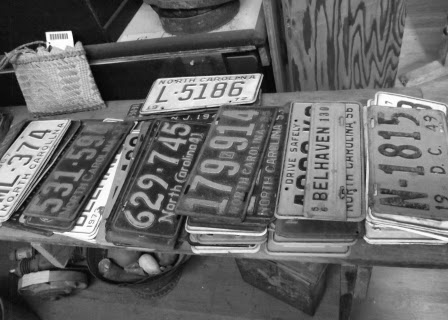 On one wall, nails from which hang small tufts of fur. The handwritten label says it is the skin of an unborn calf. I am not sure what to think of that blank wall with fluffy nails. 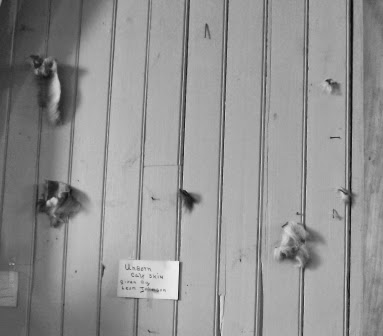 Mrs Way was quite the snake wrangler, routinely catching and killing rattlesnakes on her property. Several large rattler skins hang in the museum near the human skeleton and the jars of fetuses in evaporating formaldehyde. 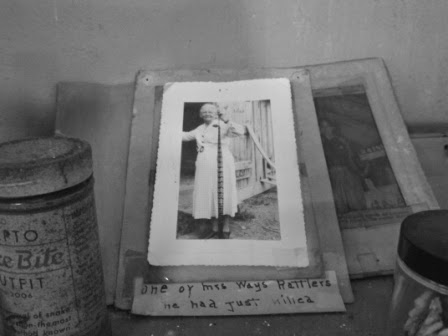 Like the set of a film noir thriller where instruments of torture hang menacingly on display, much of what is resting here would be scary on a dark and stormy night with lightning freezing the two-faced or one-eyed pig in a bright and sudden flash. But, on a sunny day with big windows lighting the floor of the basketball court and stage of the all-purpose old municipal building (the police only abandoned it a few years ago after being flooded out yet again by a local hurricane), it is merely old and worn, dusty and not quite cluttered. Among the typewriters, cameras, old bottles and bed pans, military memorabilia, sea shells, dinnerware, animal skins, old magazines, women's clothes and thirty thousand buttons is a history of one woman's interests. She has preserved for the rest of us a record of how complex and multifaceted a curious mind might be. Most touching of all? Two fleas dressed as bride and groom?

If ever you are passing near Belhaven, a sleepy one stoplight town on the north shore of the Pungo River, you simply MUST stop and tour the Belhaven Memorial Museum. Be sure to check Spoon River Artworks and Market, a fine restaurant, as well as The Tavern at Jack's Neck which is across the street.
at 11:02 AM