We have two grills, one for cooking with charcoal and wood, the other for propane gas. When we cook on the charcoal grill, I usually use a smaller grill set on top because it consumes less fuel (sticks and twigs) and is large enough for two pieces of meat, sufficient for both me and my wife. The gas grill is larger and provides storage for an odd mix of things I rarely need. I cannot explain why I store certain items in the top of our gas grill. In part it may be because we rarely use the grill except when we want to bake a hen or a pork shoulder in a cast iron dutch oven to capture the juices for gravy or broth and keep the heat out of the kitchen in summer. Certainly it keeps whatever is in there dry. Wood, garden tools, fire starting miscellany. Or, like many so-called “decisions” in life, my choice may be a matter of perceived convenience.

A few weeks ago, I opened the lid to move the stored gear and light the gas grill to cook a Boston Butt (a misleading and puzzling name for pork shoulder, go figure). A small frog huddled on a piece of wood, reluctant to move. Blending with the bark of a branch I had left in the grill, the Gray Tree Frog remained motionless as I studied it, clenching its eyes to prevent being seen.

What do you say to a small reptile? Naturally, unless I am planning to eat the creature (yes, frog legs taste like chicken just as rattlesnake and a hundred other wild critters do), I speak softly and reassure it that I mean no harm. I suspect it wonders whether I would lie to it. Am I trustworthy or just luring it into complacency, a verbal version of “boiling the frog”? Is my voice soothing or a harsh volume that grates on the frog’s affinity for the quiet of night? If I need for it to move to avoid baking with the Boston Butt, I ask it nicely and encourage it to relocate for the evening. Resistance is minimal. It is accommodating, suddenly leaps from the grill to the ground and vanishes while I wonder if it thinks of us as pyromaniacs.

We enjoy having wild animals around, venomous snakes excepted (too easy to accidentally step on or near one and precipitate a defensive strike that even the snake would prefer to avoid). And autumn is the season when we see the most, perhaps as animals prepare for winter. Anoles, tree frogs and a monster lizard loom out front in the sun around the porch. Squirrels bolster their nests, sample mushrooms, stash their cones and seeds, and consume all the sunflowers we toss their way. Black snakes seek underground dens, sliding inconspicuously along the ground from one side of the yard to the overgrown low ground on the other side of the yard. Foxes find a place to birth kits in spring. Some birds migrate and stop for a mid-flight feeding at our deck (better than a pathetically anemic bag of peanuts on the airlines). Hummingbirds guzzle sugar water (healthier than cola) to feed their rapid metabolism. A rabbit or two will visit and eat the fresh sprouting late season greens in the yard. I do not know why we do not see them the rest of the year.

The sun rises so low in the east that it does not clear the treetops to the south before lunch and then only for a brief while. Most of the afternoon, it shines through the front door before drifting to the north where it is blocked by more trees casting fallen shadows.

NOTE: Most people have heard the parable about boiling a frog. Place a frog in a pan of cold water, add heat and, as the water temperature rises, the frog remains comfortable while it is gradually boiled, cooked and dead. For all the illustrative qualities of this parable, the science does not support it. As with other animals, as the water heats toward the boiling point, the immersed creature reaches a condition where it cannot stand the heat and leaps or crawls or otherwise avoids death by cooking. But the point of the boiling frog analogy remains valid. If anyone endures discomfort gradually, over a period of time they may come to accept it to the degree that it kills them. A good reason to live in the moment, mindful of your surroundings. 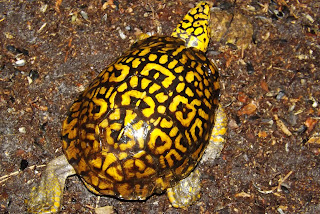